Todd Hlushko inducted into the Guelph Sports Hall of Fame ! 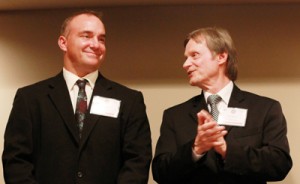 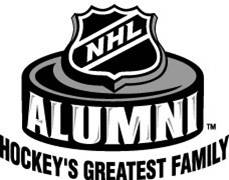 Guest:  Mike Rosati   –   What was Good-Better-Best about playing in the DEL in Germany?

Guest:  Al Sims   –   Marty St. Louis is a good example of a player tagged for the minors, but he proved everyone wrong.  Are there other good players who didn’t make it out?

Todd Hlushko played for the Guelph Pro-Joys Junior Royals from 1988-1991; they won the Championship in 1989 ending a 35 year slump for the junior program. Hlushko went on to play for the Senior Guelph Royals from 1989-94. In 1992 he was named Rookie of the Year. He also won the batting championship with an average of .415 (49 for 118), was awarded the Commissioners’ Trophy for Outstanding achievements, and named to the first team all star. Hlushko was on the Royals’ championship team in 1993.

From 1992-94 Hlushko played for the Canadian National Team and was on the ’94 silver medal winning team at the Olympics and the bronze medal winning Team Canada at the 1995 World Hockey Championships in Stockholm, Sweden. He also played professional hockey in the DEL (German Elite League) from 2000-2005, winning a championship with the Mannheim Eagles in 2000.